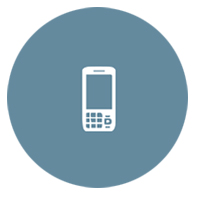 As a leading hub for mobile business in Germany, NRW offers optimum conditions for the next generation of mobile phones. Three of the four largest German mobile phone operators – T-Mobile, Vodafone and Telefónica – are based in NRW. In addition, there is a strong TV, games and print sector, which is increasingly making its content available via mobile formats, as well as an efficient infrastructure of service-providers, developers and research institutions. The Film- und Medienstiftung NRW backs innovative content for use on mobile phones and supports the young developer scene in NRW.

More on “Mobile” in the location brochure, published by Film- und Medienstiftung NRW.

The Film- und Medienstiftung NRW supports the “development and production of computer and video games and interactive content“.

Mediennetzwerk.NRW is financed by the federal state of North Rhine-Westphalia and receives funding from the European Fund for Regional Development (EFRD).